Explore the beauty of the pearl of the Indian Ocean 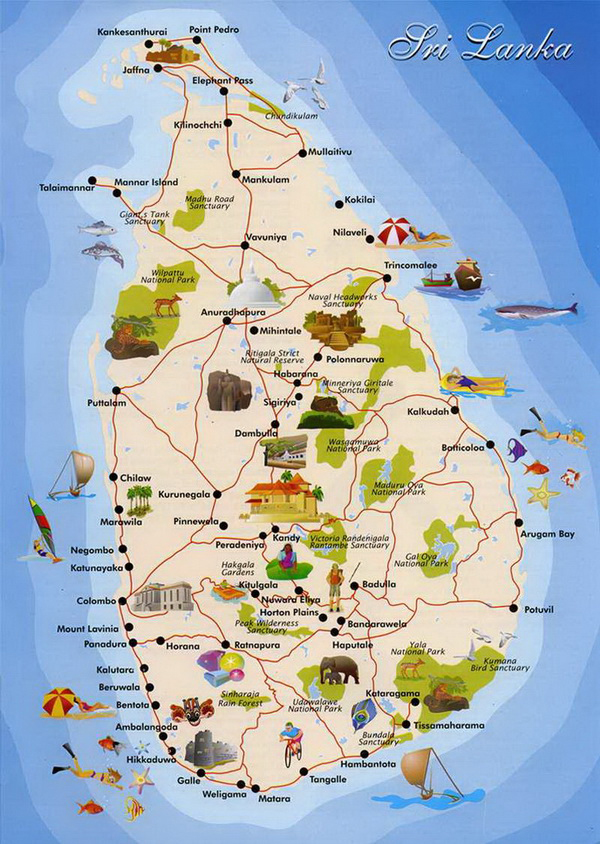 The island of Sri Lanka lies in the Indian Ocean, to the southwest of the Bay of Bengal. It is separated from the Indian subcontinent by the Gulf of Mannar and the Palk Strait.

It has also been a centre of the Buddhist religion and culture from ancient times and is one of the few remaining abodes of Buddhism in South Asia, including Ladakh, Bhutan and the Chittagong Hill Tracts, as well as being a bastion of Hinduism.

The Sinhalese community forms the majority of the population; Tamils, who are concentrated in the north and east of the island, form the largest ethnic minority. The country is famous for the production and export of tea, coffee, coconuts, rubber and cinnamon – which is native to the country. The natural beauty of Sri Lanka’s tropical forests, beaches and landscape, as well as its rich cultural heritage, make it a world-famous tourist destination. 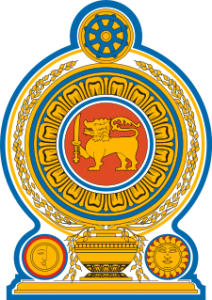 Emblem of the GoSL

Sri Lanka is a free, independent and sovereign nation with a population of 20,926,315 (July 2007 est.). Legislative power is exercised by a Parliament, elected by universal franchise on proportional representation basis. A President, who is also elected by the people, exercises executive power inclusive of defence. Sri Lanka enjoys a multi-party system, and the people vote to elect a new government every five years.

Politics of Sri Lanka takes place in a framework of a semi-presidential representative democratic republic, whereby the President of Sri Lanka is both head of state and head of government. Executive power is exercised by the government.

Geography
Sri Lanka is an island off the southeast coast of the Indian state of Tamil Nadu. It is separated from India by the Indian Ocean, in which lies the chain of islands called Adam’s Bridge. Sri Lanka has an irregular surface with low-lying coastal plains running inland from the northern and eastern shores. The central and southern areas slope into hills and mountains. The highest peak is Pidurutalagala (2,524m/8,281ft).

Social Conventions
Shaking hands is the normal form of greeting. It is customary to be offered tea when visiting and it is considered impolite to refuse. Punctuality is appreciated. A small token of appreciation, such as a souvenir from home or company, is always welcomed. Informal, Western dress is suitable, except when visiting Buddhist temples, where modest clothing should be worn (eg no bare legs and upper arms). Visitors should be decently clothed when visiting any place of worship, and shoes and hats must be removed. Jackets and ties are not required by men in the evenings except for formal functions when lightweight suits should be worn

Climate
Low Lands – tropical, average 27C
Central Hills – cooler, with temperatures dropping to 14C.
The south-west monsoon brings rain to the western, southern and central regions from May to July, while the north-eastern monsoon is from December t0 January.
Sri Lanka climate is ideal for holiday-makers throughout the year.

Explore the Beauty of Sri Lanka