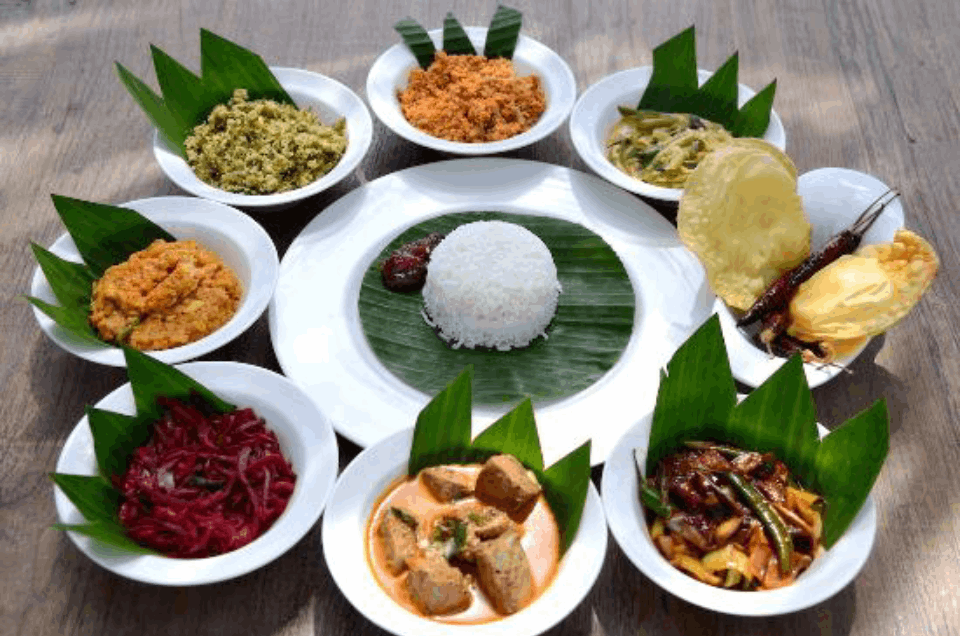 Sri Lankan Cuisine has been shaped by many historical, cultural and other factors. Contact with foreign traders who brought new food items, cultural influences from neighbouring countries as well as the local traditions of the country’s ethnic groups among other things have all helped shape Sri Lankan cuisine. Influences from Indian (particularly South Indian), Indonesian and Dutch cuisines are most evident with Sri Lankan cuisine sharing close ties to other neighbouring South and Southeast Asian cuisines. Today, some of the staples of Sri Lankan cuisine are rice, coconut and spices. The latter are used due to the country’s history as a spice producer and trading post over several centuries. 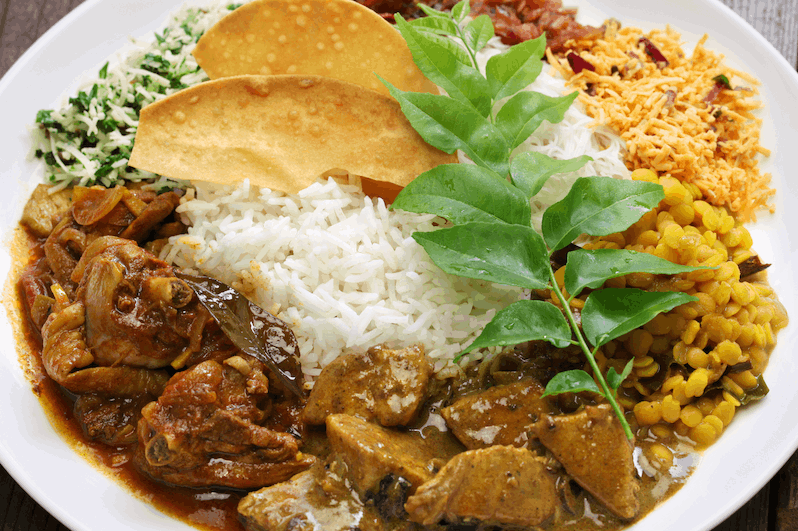 The central feature of Sri Lankan cuisine is boiled or steamed rice, served with a curry of fish, chicken or mutton, along with other curries made with vegetables, lentils, or fruits. 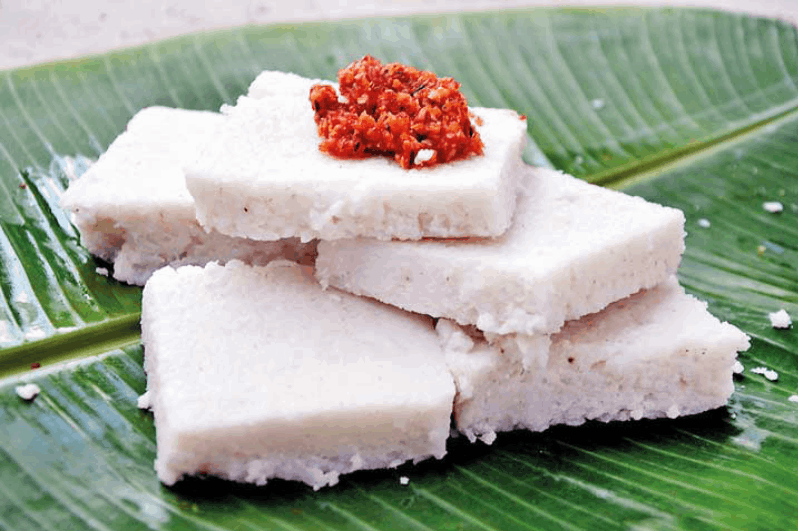 Kiribath or Paal Soru (lit. ‘milk rice’) is rice cooked in salted coconut milk until the grains turn soft and porridge-like. Generally eaten for breakfast, kiribath is also prepared on special occasions such as birthdays, New Years’ and religious festivals. It is usually served with lunu miris, a relish made with red onions and chillies. During Aluth Avurudu/Puthandu, the Sinhalese/Tamil New Year, kiribath is served with sweets such as kavum, kokis, mung kavum, “od iba” etc. 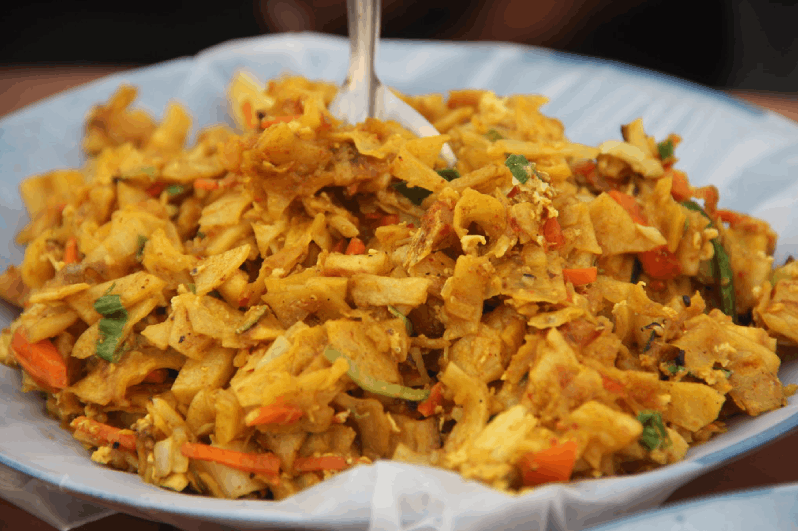 Kottu is a spicy stir-fry of shredded roti bread with vegetables. Optional ingredients include eggs, meat, or cheese. It was invented in Batticaloa and literally means ‘chopped roti’ in Tamil. 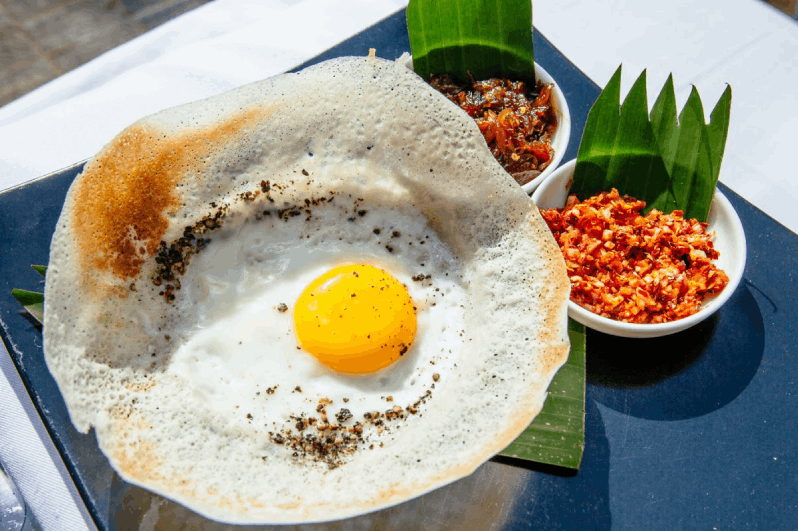 Hoppers (appam) are based on a fermented batter, usually made of rice flour and coconut milk with spices. The dish is pan-fried or steamed. The fermenting agent is palm toddy or yeast. Hopper variants can be either savory (such as egg hoppers, milk hoppers, and string hoppers), or sweet (such as vandu appa and pani appa).[2] Savory hoppers are often accompanied by lunu miris, a mix of red onions and spices. 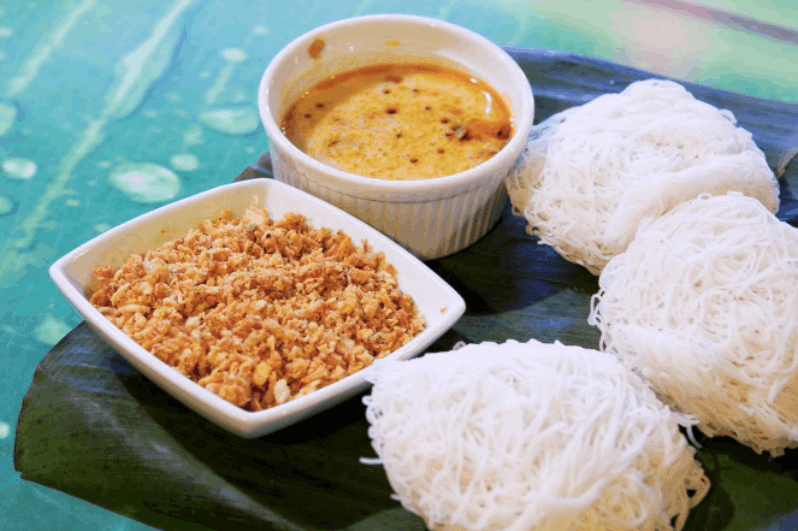 String hoppers (idiyappam) are made from a hot-water dough of rice meal or wheat flour. The dough is pressed out in circlets from a string mold onto small wicker mats and then steamed. 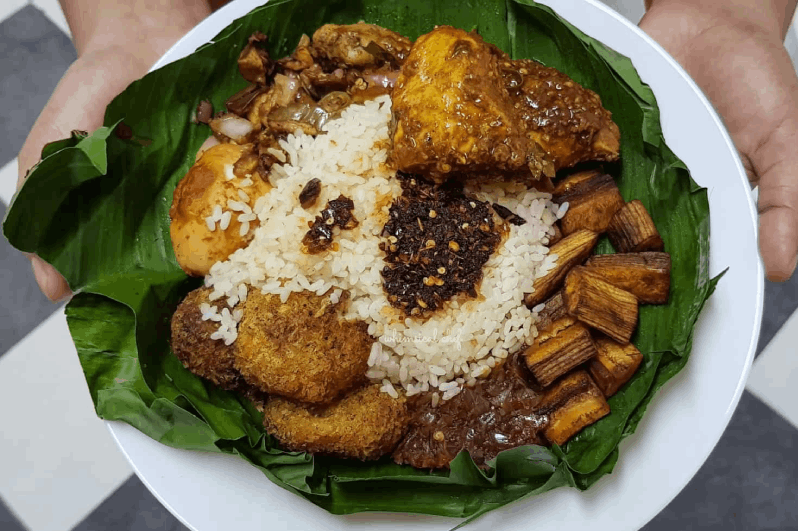 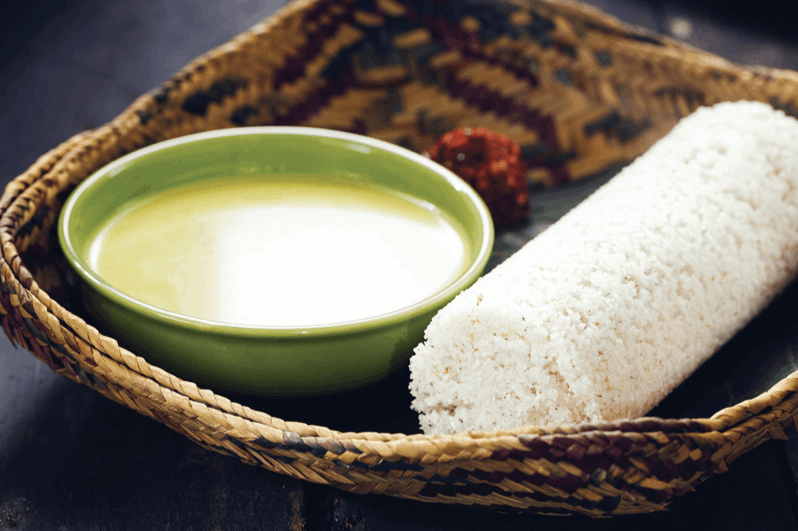 Pittu is cylinders of steamed or roasted rice flour mixed with grated coconut. 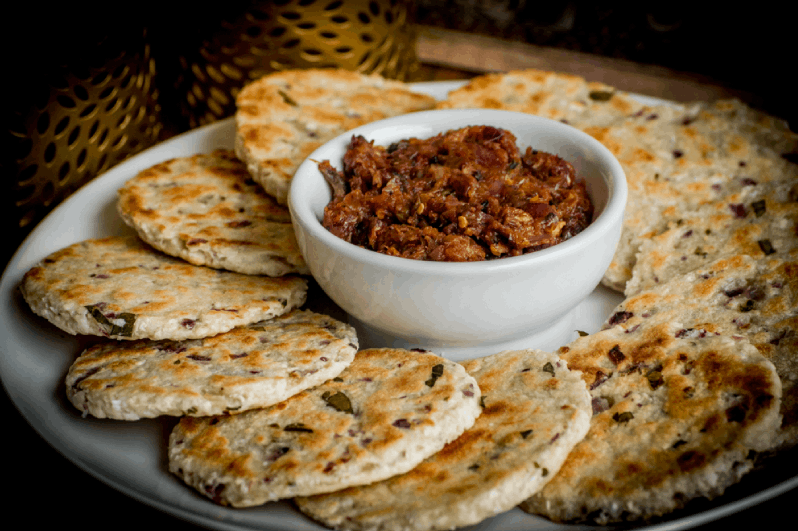 Godamba roti is a simple Sri Lankan flatbread usually made from wheat flour.

Variants of roti include thengappu roti (Pol in Sinhala), in which shredded coconut is mixed into the dough. Another variant is Uraippu roti (spicy roti), in which chopped onions and green chilies are used when making the dough. 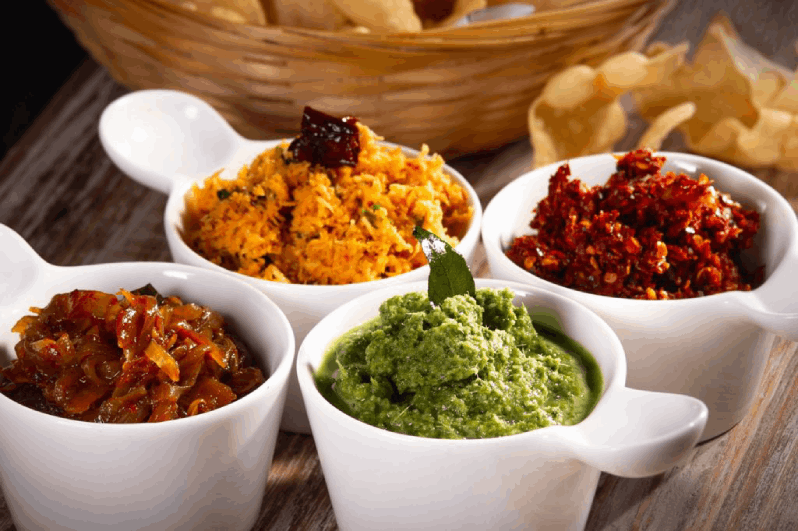 Sambals (Sambol in Sinhala) are enjoyed with many dishes including curry dishes and string hoppers. Sini sambal, Pol sambal, Lunu miris and Vaalai kai sambal are common sambols found in the country. 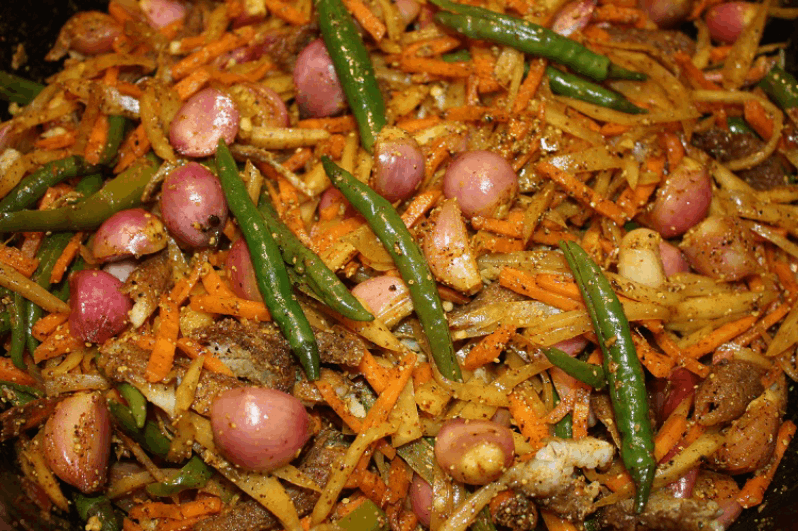 Malay Achcharu also known as Sri Lankan Malay pickle or simply as Achcharu is a dish that originated from the local Malay community and is now widely popular among all ethnic groups in the country.  It is a selection of veggies in a pickled sauce and blends sweet, sour and spicy flavours.

I really like what you guys tend to be up too. Such clever
work and exposure! Keep up the awesome works guys I’ve you guys to
our blogroll.

Thanks for the good writeup. It if truth be told was a amusement account it. Aline Aldric Hyacinthie

Thanks for the information.very interesting ,부산키스방 good job and thanks for sharing such a good blog.