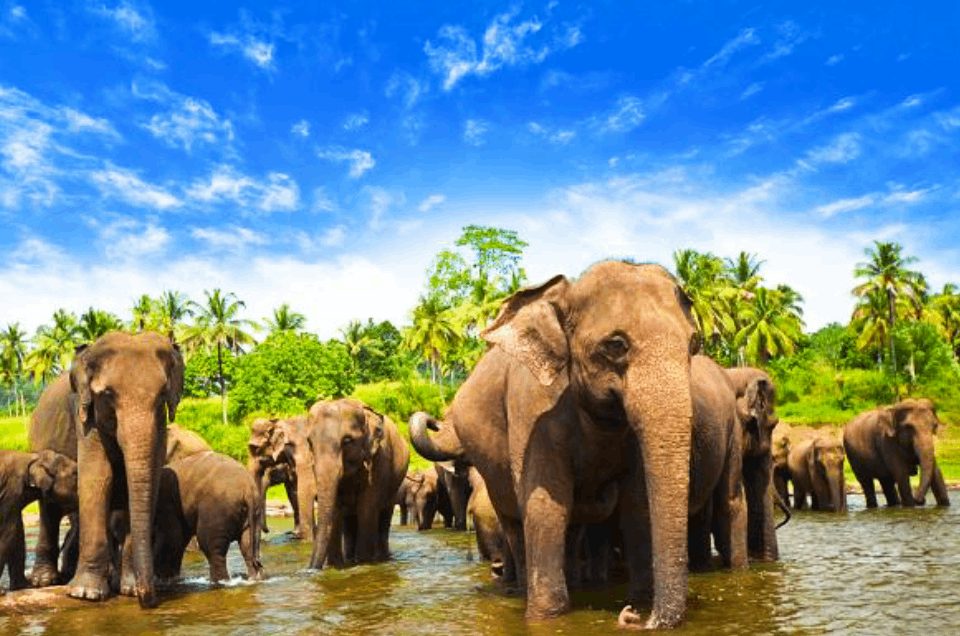 See baby jumbos wondering around their cramped foster home or bottle fed and bathed by their human foster fathers at Pinnawala, about 90Km from Colombo towards Kandy is the home to some 100 or more elephant orphans. A place you will really enjoy and never forget. Most orphans are accustomed to their curious human visitors are harmless. 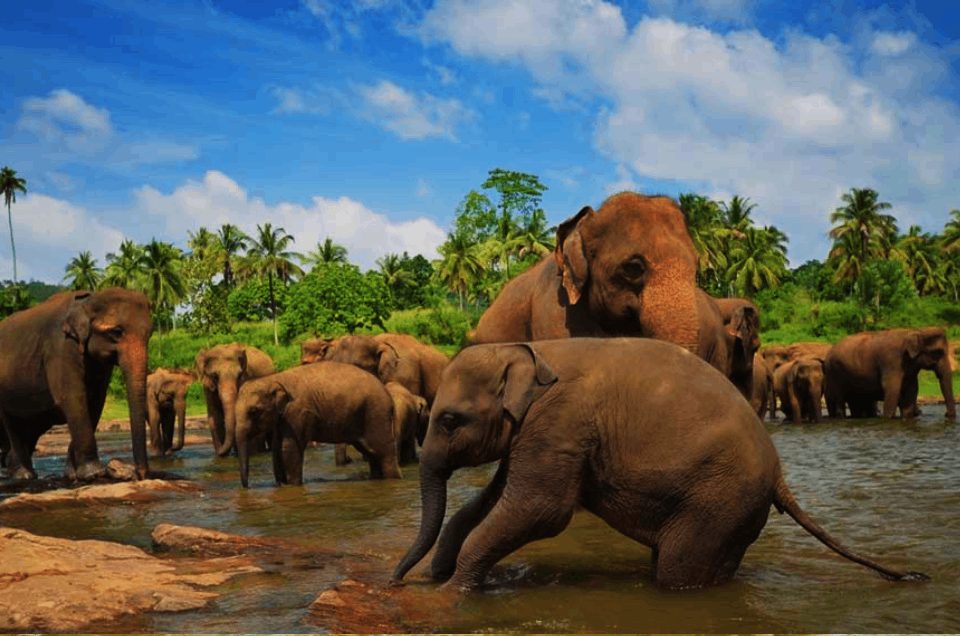 Pinnawala is the most popular and accessible place to see large numbers of these lovable animals in a natural habitat. It is the most popular elephant ‘attraction’ with tourists because nowhere else, except at the splendid ‘pereheras’ will you see so many elephants at such close quarters. The government opened it in 1975 since many more baby elephants than usual had become separated from their herds that year. The persistent drought had dried up many village wells into which the young elephants had fallen, while attempting to get a drink. Even today elephants fall into quarry or gem-mining pits, and poachers or angry farmers who shoot the adults for destroying their crops, orphan some youngsters.

The Orphanage is open from 8.30am to 5.45pm and visitors can interact a little with the elephants during the regulated bathing and feeding times. The baby elephants gulp down several huge bottles of milk, fed to them by their mahouts, and then it’s off to the river for a bath. The inherent gentleness of the animals is most obvious during this time. Most of the elephants eventually become ‘working’ elephants, and some older females occasionally add a baby to the herd.

About 2.5kms down the road is yet another elephant sanctuary called ‘Club Concept’. The herd here is smaller and the matriarch Lakshmi and her daughter Puja are the star attractions. There is a small museum on the premises that tells their story, and which also contains an interesting explanation of the habits and lifecycle of the Sri Lankan elephant,

There are a couple of restaurants, and several food and drink stalls outside the orphanage, as well as a bank in case you need to change money. Two spice gardens close by are also worth a visit. You can reach the orphanage by car, bus or train en route from Colombo to Kandy, or simply as a day trip from Kandy. 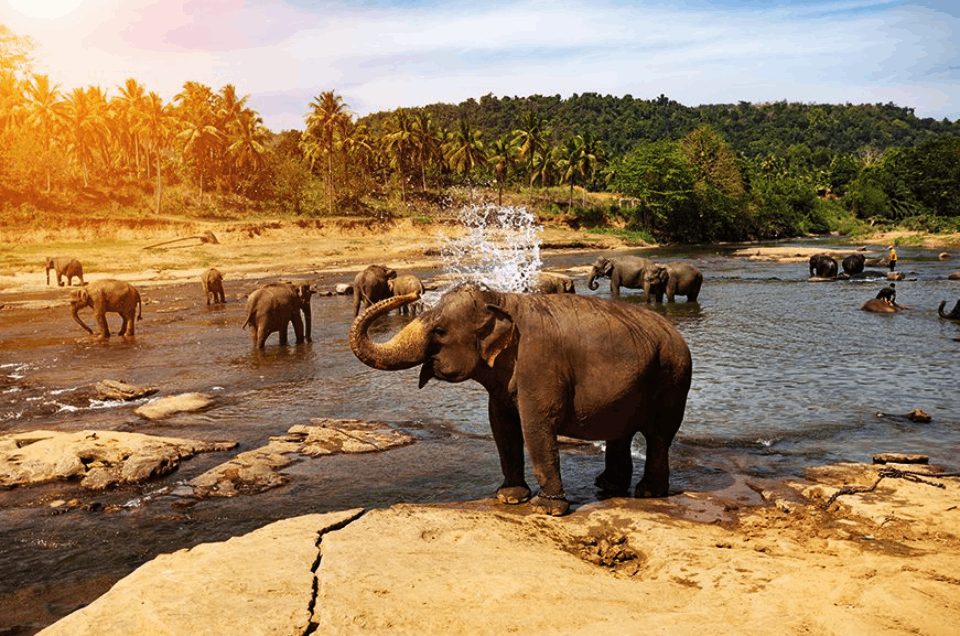 A major pachyderm pleasure is bathing and the wide river nearby enables the elephants to bathe twice daily, a regimen essential for an elephant’s hygiene, comfort and happiness. Bath times are from 10 am until 12 noon and from 2 until 4 pm.